An almost unknown and the only one mime libretto, written by Václav Havel. It was created at the request of friends whilst in prison, during the spring of 1989. It tells the story of 7 days in the life of Mr. A in his cell, in which he tries to come to bearings with the current absurdity and injustice situation.
Havel himself wrote into the original script an overhead comment: “There are no limits to one’s imagination!”

“We strive for a different position of movement stylization – we have left the traditional artistic form of mime and chosen such resources, that approximate the behavior of the central figure to normal life and are also able to translate in a slightly comic way the philosophy of Havel’s play.”

the director of the production Radim Vizváry

The copy of the letter to Olga Havlová, in which the author stowed the orginal libretto is stored in the archives of the Václav Havel Library. The Impulse to study and produce this piece was first initiated by reknown teatrologist Ladislava Petišková.

The premiere took place on October 6, 2014 to mark the unlived 78th birthday of Vaclav Havel at the Václav Havel Library. 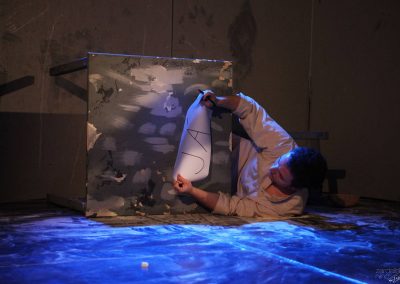 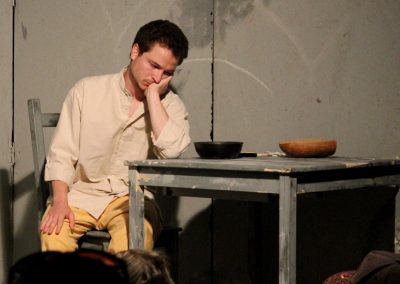 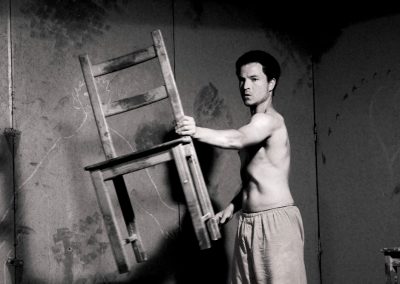 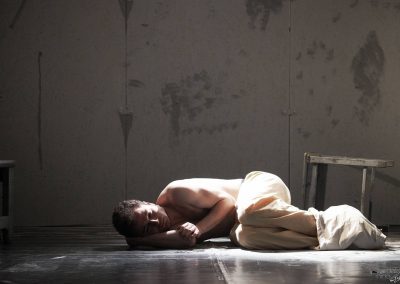 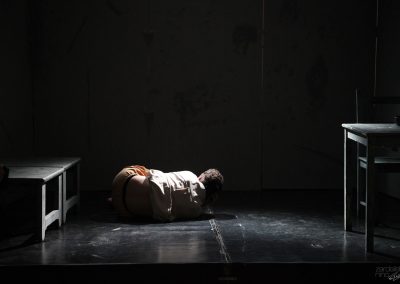 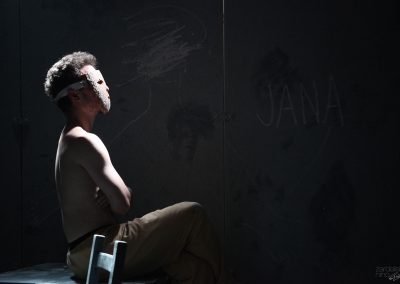 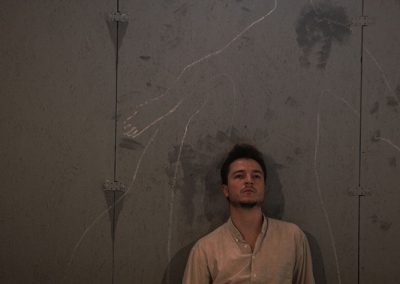 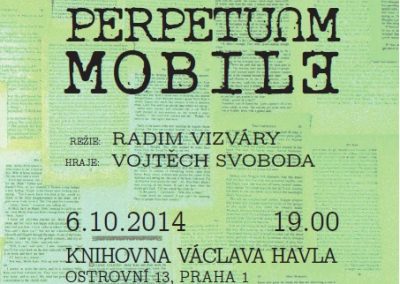 Thanks to:
MIME PRAGUE